The triangle of polarization, political trust, and political competition: understanding its dynamics in contemporary democracies

Description of the research

The present proposal is centred on the triangle of interactive relationships between citizens affective political and social polarisation, citizens political distrust in the main institutions and actors of political representation, and the politics of party/elite competition, producing problematic dynamics and consequences for the quality, functioning, and even potential survival of liberal contemporary democracies. 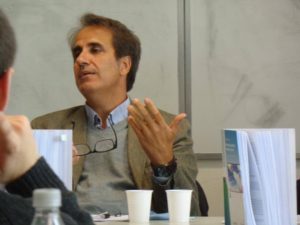 This study will be an innovative and comprehensive investigation of concepts such as political trust, affective polarisation, and the politics of party competition and the dynamics and interactions among them in Spain, Portugal, Italy and two Latin American countries (Chile and Argentina).

For this goal I am compiling new theoretical arguments building up from recent methodological innovations on this topic from leading research in the US, and putting together an auxiliary team of country experts from different disciplines such as political science, public opinion, political psychology, survey methodology, political communication, data engineers and big data experts.

An additional value of the present proposal is the use of a multi-method approach that combines the design and implementation of an original online panel survey, with innovative survey questions together with the application of embedded experiments. Furthermore, I want to match the preceding individual-level data with information collected with a passive tracking application (called a passive meter), which will capture real individual behaviours and exposure to information received via mass electronic and social media. Finally, I will use techniques of computer-aided text analysis (CATA), to conduct an analysis of the sources of information to which respondents have been exposed.

Differences in ideological and issue positions between parties and their followers lie at the very core of democratic political life, being the base for the emergence of cleavages and, in turn, the consolidation of party systems. Beyond a classic focus on these cleavages, scholars have become increasingly interested in the process referred to as affective polarization.  Affective polarization is emerging along lines drawn by partisan loyalties as well as other existing or new emerging identities which increasingly divide the world into in-groups and out-groups, these identities are transforming the conflicts in contemporary societies to a single dimension of people increasingly perceiving and describing politics and society in terms of “Us” versus “Them”. This could be responsible for many of the contemporary ills of democratic functioning and a potential cause behind the support for new illiberal parties, which increases the chances of democratic backsliding by some incumbent illiberal government.