The Role of the Ethnic Majority in Integration Processes: Attitudes and Practices towards Immigrants in Catalan Institutions (REPCAT)

The main objective of this research project is to examine how diversity is represented, and what barriers there are for participation of non-Western immigrants in Catalan public institutions, assuming that such representation and participation is necessary to fulfil policy goals of interculturalism and foster more constructive integration processes. The project addresses key priorities set by the H2020/Europe in a changing world-Inclusive, innovative and reflective societies program through a research agenda designed to i) increase knowledge on diversity management and obstacles for the participation/representation of immigrants in societal institutions, and ii) develop an action strategy to address shortcomings in this area, based on the view that research on social challenges as inequality and discrimination to a greater extent should contribute to combat these problems through practical implementation. Consistently, the project is designed to cover two stages, a research stage and an implementation stage.

Three central institutions have been selected for the empirical study, performed during the first stage of the project (2018-2019):

During the implementation stage (2019-2020), a series of meetings and workshops will be organized with representatives from the three selected institutions in collaboration with the Office for Non-discrimination in Barcelona, in order to set guidelines for best practices regarding how to accomplish a fair representation of ethnic diversity. Here, it is important to note that awareness-raising indeed matters, but emphasis lies on elaborating means to achieve an increased actual representation, consistent with the project’s definition of the key problem being the gap between policy (that rests upon a discourse on interculturalism) and practice (where ethnic diversity is underrepresented).

This research project contributes to compliance with the SDG through its emphasis on not only performing research on, but aiming to contribute actively to create awareness and reflection on practices in central societal institutions in order to achieve greater opportunities for and higher degrees of representation of people from immigrant and ethnic minority origin. This aim is based upon a broad recognition of a large gap between the native and the immigrant population in terms of (under)representation and (in)equality.

The number of beneficiares is difficult to estimate, but should potentially include all people of immigrant or ethnic minority origin who aspire for work in these societal institutions. Also the ethnic majority representatives of these institutions as well as society as a whole could be considered to benefit from more positive interethnic relations that are expected to be fostered by a more egalitarian and proactive non-discrimination approach. Nevertheless, the success of the project as well as its continuation ultimately depends on the priority given to actively promote the inclusion of immigrants and ethnic minority in key societal institutions. 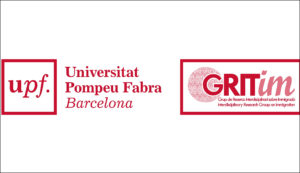