You are here: Home1 / Riblet-Surfaces for Improvement of Efficiency of Wind Turbines (Riblet...

The goal of this project consists of reducing the frictional resistance (drag) of flat surfaces through the generation of coatings made using cold projection based technology, thereby forming a dense, solid coating known as a riblet with a view to increasing the aerodynamics of surfaces by more than 10%, while making indirect use of energy performance that could cause a further increase of over 8%.

The project is being developed in three phases:

This project has counted on the past experience of the European HYDROBOND project (www.hydro-bond.eu), which developed super-hydrophobic rotor blade coatings that are able to increase the energy production of wind turbines.

Energy efficiency is clearly one of the remaining challenges in many industrial sectors, and is also one of the most pressing needs of clean energies in order to bring down the costs in comparison with more pollutant forms of energy generation in such a competitive market environment. That is why it is so primordial to increase the energy efficiency of wind turbines by improving the aerodynamics of their blades with micro-structured riblet painted surfaces (fig. 2), which can achieve the same amount of electrical energy using smaller rotor blades.

This project forms part of the European Horizon 2020 project, funded by the European Commission, on which the Thermal Projection Centre at the University of Barcelona forms part of a group coordinated by the Fraunhofer Institute for Manufacturing Technology and Advanced Materials (IFAM) (Germany), with partners from both academia and industry from all around Europe, namely Muehlhan Group (Germany), Bionic Surface Technologies (Austria), E.ON (Germany), Eltronic (Denmark) and Mankiewicz Gebr & Co. (Germany).

In relation with the Sustainable Development Goals, the Riblet project, together with the Horizon 2020 programme, is committed to improving the efficiency of alternative, clean energies, aimed at a wide variety of sectors involved in the production of wind turbines.

On similar lines, the riblet project’s solutions could also be applied to other fields, such as the aeronautics industry, which could gain considerable benefits from including riblets on aeroplane wings.

In short, this is a challenge that implies a major step forward in the development of clean, safe and sustainable industry. 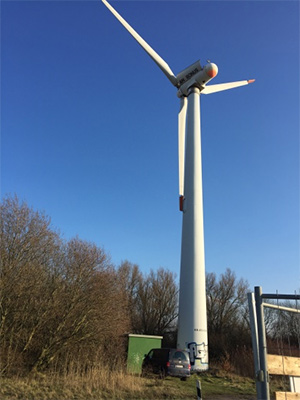 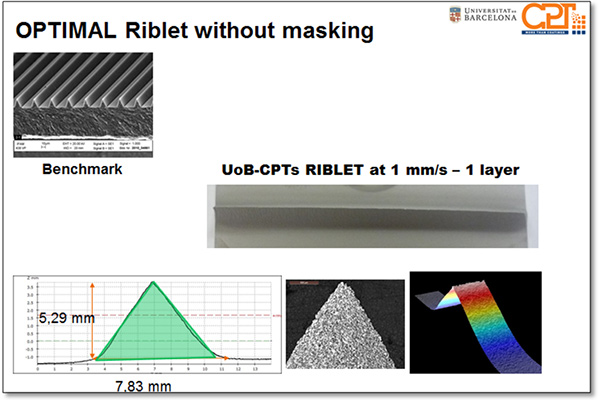