You are here: Home1 / Listening to the Deep Ocean

Listening to the Deep Ocean

Noise in the oceans has become a serious threat to the survival of ecosystems. Evaluating the acoustic impact of the source of artificial sounds in a marine environment is complicated and economically costly for a variety of reasons. Firstly, the relative lack of information on the mechanisms of sound processing and analysis in marine organisms must be addressed. Although we can classify and record most of these sounds, we do not yet know enough about the important role they have in terms of balance and development of populations.

Secondly, the possible impact of sound emissions does not only affect the auditory receptive systems, but may also interfere on other sensory and systemic levels, which could prove lethal for the affected animal. The situation is further complicated by the fact that prolonged exposure time, or a certain noise, can have negative effects in the short, medium and long term which observers are unable to detect immediately. The lack of supplies and resources for research further increases the already sizeable difficulty of obtaining objective data that would allow for an efficient review of anthropogenic sound in the oceans.

Moreover, we have an urgent problem regarding measure standardisation. Until recently, there was no defined protocol for measuring marine acoustic pollution, nor consensus regarding the drafting of these measurements. Even though the impact of noise on marine environments broadens the variability of the available parameters to measure these impacts, this has led to mixed or fragmented results that seem to be of little use in regard to guiding preventative and precise management actions.

The brand of software, called SONS-DCL, is active in the ANTARES neutrino observatory ( http://antares.in2p3.fr/ ), in the OBSEA shallow water observatory ( http://www.obsea.es ), in the NEPTUNE observatory in Canada ( http://oceanoise.com ), in the JAMSTEC network of submarine observatories ( http://www.jamstec.go.jp/e/ ) and the NEMO observatory ( http://nemoweb.lns.infn.it/ ), as well as through a contract with the CTBTO hydroacoustic stations. We tested the suitability of part of the system using autonomous gliders in collaboration with the NATO Undersea Research Center and with Wave Gliders (Jupiter Research Foundation) to locate humpback whales. Solutions were also developed and applied in the Artic with the collaboration of STATOIL to measure and mitigate noise sources associated with oil and gas operations. Recognition of technological advances of the software package have led to a partnership between SONSETC ( http://sonsetc.com ), a spin-off company from UPC which provides advanced acoustic solutions to the offshore industry, government bodies, port authorities and engineering firms. The objective is to offer solutions that are considerably better than the current monitoring technology, which will expand and highlight the benefits of acoustic measurements, and demonstrate the industry’s concern for the marine environment.

The development and the implementation of the full scale time component offered by SONS-DCL to existing observatories has been a unique opportunity to monitor sound on a spatial and temporal scale that was formerly unheard of. A database of unique audio sources has been created thanks to the access to a continuous stream of data, and is continuously updated and used to calibrate algorithms. These can be used in almost any kind of scenario, sea conditions, geographical location or noise of level. The system can be implemented in cabled observatories, buoys connected by radio, moored antennae, autonomous vehicles (including gliders), towed sonars and existing data sources.

The public interface can be found at: http://www.listentothedeep.com

The LIDO system provides a unique opportunity to improve understanding of ocean noise. Additionally, unlimited access to a huge volume of data series will help to reduce the cost of future research, to design protocols and optimise the results of the analysis. With real-time feedback via the internet, LIDO can also provide information about the steps that have already been made to mitigate artificial noise. The technology has been adapted to offer tools via the internet for ocean-users such as oil and gas companies, and wind farms, who are taking measures to reduce their noise emissions.

Thanks to the service offered through the internet, and LIDO’s considerable efforts to make the webpage accessible ( http://www.listentothedeep.com ) so that it is both easy to understand and use by non experts, the tool is already recognised at an international level as an extraordinary scientific resource. Its approach has permanently changed the way that the effects of sound on the marine environment are investigated, not only because it has created the large accessible resource LIDO, but also because it provides a robust tool for users of the ocean who want to mitigate the effects of noise. 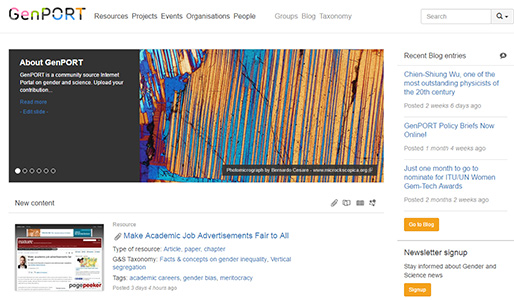 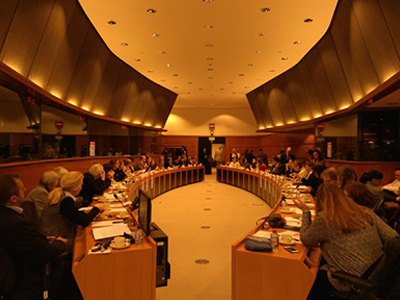 GenPORT, An internet portal for sharing knowledge and inspiring collaborative...