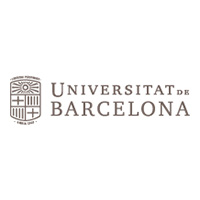 Based at the UB Solidarity Foundation, the European Observatory on Memories of the University of Barcelona (EUROM) is an international network of institutions and organizations committed to the analysis and promotion of public memory policies. Created in 2012, EUROM counts from the beginning with the support of the Europe for Citizenship program of the European Commission and currently comprises a network of 50 affiliates from 21 countries. This network includes, for example, the museums and memorials of Auschwitz (Poland) and Mauthausen (Austria), the University of Columbia (United States), the Mur Foundation of Berlin (Germany), the Museum of Occupations (Estonia), the Memorial of the Shoah (France), the Government of Navarra (Spain) or the Municipal Chamber of Lisbon (Portugal).

Its main objective is to promote the reflection on the recent history of the struggle for democracy and liberties in Europe, defending the plurality of memories. Among the actions promoted, EUROM emphasizes interdisciplinary research, academic and cultural activities related to the construction of collective memory and historical memory, analysis and management of memory policies, and the promotion of citizens’ right to use and interpret the commemorative heritage.

As for the contents, EUROM has a special interest in providing comparative tools to citizens about the consequences of Nazism, fascism and Stalinism; the Spanish civil war and the Franco dictatorship; the claim of civil rights in Northern Ireland; the pro-democratic movements in Eastern Europe during the Cold War; the resistance movements against dictatorships in Greece and Portugal; and the processes of transition in several European countries. Similarly, EUROM seeks to establish bridges between Europe and Latin America, where memory policies have had a very important presence in the political and social sphere of the last decades, as well as with countries that do not formally belong to the European Union but which are part of Europe (such as Norway or the countries of the Balkan region) and with Africa.

EUROM especially contributes to SDG 16 (Peace, Justice and Solid Institutions) and, in particular, to its goal 3 – promote the rule of law and ensure equal access to justice – and its goal 7 – ensure responsive, inclusive, participatory and representative decision-making at all levels. At the same time, EUROM projects linked to commemorative monuments and memorialist interventions in the public space favour goals 3 and 4 of SDG 11 (Sustainable Cities and Communities), which aim, respectively, to enhance the capacity for participatory, integrated and sustainable human settlement planning and management; and to strengthen efforts to protect and safeguard the world’s cultural heritage. Similarly, in another matter, the teacher training seminars organized by EUROM to address the teaching of genocide and mass violence reinforce goal 7 of SDG 4 (Quality Education), which seeks, by 2030, to ensure that all learners acquire the knowledge and skills needed to promote sustainable development, including, among others, through the promotion of a culture of peace and non-violence.

In the medium term, the objective of the project is to improve the interaction between civil society organizations and citizens in memory matters, deepening the civic values of citizenship, peace, solidarity and coexistence, and strengthening transformer values through a better understanding of the recent past. This will be achieved by promoting and expanding the debate at European level, encouraging the participation and plurality of speeches with a critical focus. In order to achieve a multiplier effect, EUROM will encourage the participation of citizens with online coverage on social networks and the publication of results in videos or reports format.