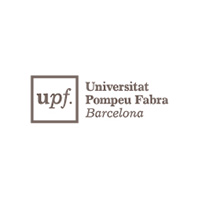 Type 1 Diabetes (T1D) is the most common form of diabetes in childhood, accounting for approximately 75% of diabetes new diagnoses in patients ≤ 19 years of age. In Spain T1D affects ~1.2 over 1,000 children under 15yrs of age causing a major economic impact for patients, health services and society in general due to the need of a lifetime insulin replacement and frequent hospitalizations.

The disease develops as a consequence of a combination of genetic predisposition and environmental factors. Combined these events trigger an autoimmune disease provoking local inflammation of pancreatic islets and progressive loss of β cells. Although several advances allowed a partial understanding of the disease pathogenesis, the precise mechanisms by which autoimmunity is triggered and aggravated remain to be clarified. Genome wide association studies uncovered >60 loci associated with T1D risk. Most of these loci harbor numerous genes and the majority of associated variants are located in noncoding genomic regions, suggesting that T1D risk variants may act by altering gene regulatory relationships. Recent work by our group and others suggests the β cells actively contribute to T1D through activation of cell intrinsic stress pathways, and several non-HLA SNPs have been implicated in these deleterious responses. By applying genome wide epigenomic analysis our preliminary data demonstrate that exposure to proinflammatory cytokines causes profound changes to the β cell regulatory landscape. Strikingly we uncovered an enrichment of T1D risk variants overlapping β cell stimulus–responsive regulatory elements and unmasked variants impacting β cell responses to immune stress. We here propose to exploit such data to identify T1D molecular mechanisms acting at the β cell level. We will combine chromatin capture with genome editing techniques to pinpoint T1D variants that impact the β cell responses to immune stress and identify their target genes.

The limited success of drugs blocking autoimmunity in T1D is due mainly to two factors. First, the poor understanding of the molecular mechanism driving the β cells autoimmune destruction, limits the development of etiological target drugs. Second, the limited success of drugs blocking autoimmunity at clinical diagnosis suggests that therapies should be introduced early, prior the irreversible damage to the insulin-producing cells. These observations point to the need of early genetic or molecular disease biomarkers. We expect our approach to unmask biomarkers and functional genetic variants that will enable early diagnosis, prior to the β cells destruction. A deeper understanding of the genetic architecture underlying T1D as well as the identification of biomarkers reflecting the state of β cell health, will help to decide on the best therapy to be used, and to detect eventual protective effects on β cell survival and mass once treatment starts. Such objectives are in line with the 3rd SDG goal, since our project general objective is to reduce mortality from T1D through an improved prevention and treatment of the disease.