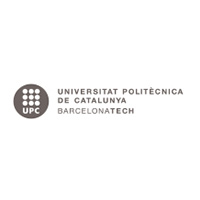 Neglected Tropical Diseases (NTD) form a group of 21 diseases with diverse, multidimensional natures, affecting low income and rural areas around the world. One of such diseases is Chagas disease, caused by Trypanosoma cruzi parasite, endemic in 21 countries of South and Central America, but present worldwide and currently estimated to affect more than 7 millions of people. By now, data regarding the new cases of Chagas and movement of the vector that transmits it have not been collected in a standardized and systematic manner, which resulted in spreading of the diseases worldwide by blood transfusions, organ transplantations, and congenital route.

Having the NTD-related data, collected in a standardized manner and reported regularly to World Health Organization (WHO) is essential for gaining the control of the diseases in the territories and eventually eliminating them.

The main goal of this project is to standardize the way that data related to NTDs are collected and building an information system for systematically collecting the data and reporting them to WHO.

Specific objectives of the project are:

This project relates to the third SDG “Good Health and Well-Being” and in particular target 3.3 “By 2030, end the epidemics of NTDs”.

The main users of the WIDP system are members of WHO’s department for Neglected Tropical Diseases, and the countries officials (Ministries of Health or institutions appointed by them). Besides, the system will be open for collecting data from other (non-state) actors, like NGOs, researchers, etc.

System’s main beneficiaries are the population currently affected by NTDs and those in risk of being infected worldwide.

This project in short term should give WHO first complete picture about the status of the NTDs in the world, while in the long term it should enable continuous control of transmission routes and elimination of diseases.

Once the system is built, the deployment will be done at two levels: 1) Global, at WHO servers, 2) Local, at each country/territory that can start collecting the data and reporting them to WHO.